The Price of Art 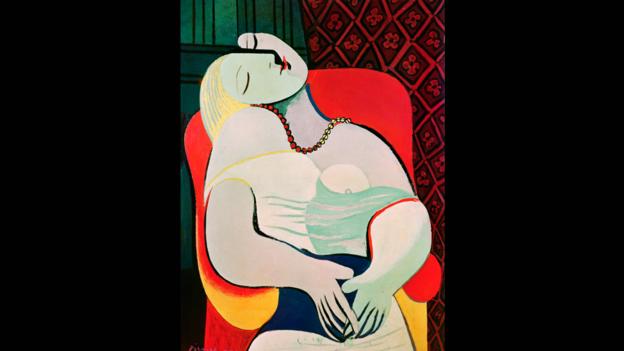 Steve Cohen parted with $150m in a private sale – the highest amount ever paid by an American collector – for Picasso’s La Rêve (The Dream) in March 2013. (Corbis)

The price of art has been in the news with sales of famous pieces breaking records. Recently, Picasso’s painting Le Rêve sold for $150 million and Picasso’s Women of Algiers (Version O) just sold for $179 million. According to the BBC, when it was about to be sold, the owner, Steve Wynn, put an elbow through it accidently, and the sale didn’t go through. The price was originally $139 million but after its repair, it was sold for $150 million. With art prices rising exponentially, is there any room for collectors who don’t have millions?

‘Balloon Dog (Orange)’ by Jeff Koons has become the most expensive work by a living artist sold at auction.

Some high ticket prices are caused by the scarcity of art. Picasso is not going to be painting anytime soon, so there are a finite amount of his paintings left to be sold. This reasoning sheds light on the expense, but what about Jeff Koons’ The Balloon Dog getting $58.4 million at Christie’s contemporary auction?

A painting by Pablo Picasso has set a new world record for the most expensive artwork to be sold at auction after reaching $179 million in New York.

Investing in artists who are still living is a financial move. It’s like investing in a stock, except it’s tangible and looks good on the living room wall. Rather than buying for love, the investor is hoping an artist will become wildly popular. This is why artists try to get seen by the world; besides the recognition, their prices could skyrocket. A Slate article, ‘Why Is Art So Expensive’ said, “[Artists and dealers] facilitate getting the artist’s work written up by magazines, put into museums, or placed into well-known collections. This gives the artist’s work third-party blessings—kind of like having your significant other approved by the family before he proposes, or the vintage car signed off by five mechanics before you write the check. It doesn’t really mean the significant other won’t leave you or the car won’t break down two blocks later, but you feel reassured.”

The price gap in the art market between affordable and astronomical is growing. While well-known and reputable galleries close, the multi-million dollar art market expands. According to BCC, “The sheer amount of money in private hands allows billionaires – and there are, at the last count according to Forbes, 1,426 of them spread throughout the world – to indulge in a highly competitive sport to bag the best artworks.”

For the average collector on a budget, competitively priced art has found a home online. According to Art Business, the internet can be difficult for an artist to ask for a high price.  “People who buy art online tend shop around more, compare prices more, and when they do buy, tend to pay comparatively less than those who buy in person at galleries or directly from artists.”

Well-known and historically famous artists have gained favor in the million dollar market. With economies around the world going in and out of stability, art seems like a solid place to invest money, or it could just be a game of who has the most Warhols. Newer, lesser known art has shifted to a more modern way of business. It’s doubtful that galleries will disappear altogether, but it is evident that the market has moved. Now, the art market (in which non-millionaires can participate) has found favor online. For the budding art collector, your best option is online through galleries you trust – nudge, nudge, wink, wink! 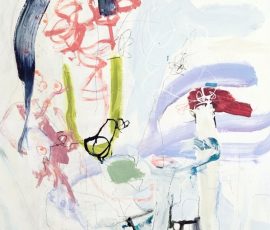 How’s Your Resolutions List?
Is your list of New Year's resolutions complete? Is upgrading your walls from prints and reproductions to original works of art part of your list this year? If not, now's the time to start planning for your walls! Collecting... 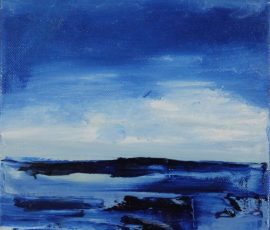 Art On A Budget
As much as we love learning, reading about, and consuming art in all kinds of ways, it can often be overwhelming to think about just how expensive original art can be. In 2017, an original Leonardo Da Vinci painting...