Hopes and Dreams by Amy Bernays on Zatista.com

Gender inequality is a hot topic in just about every industry in the world, including the Arts. It’s widely known that women have be underrepresented in history and literature, but it’s less widely known that female artists have been treated the same way. If you ask someone to recall famous artists, they usually say the same white males: Monet, Picasso, Van Gogh, Da Vinci, Michelangelo and so on. Why is it that women are more likely to be featured nude in art than be the featured artists?

Established in 1985, the Guerrilla Girls have been exposing discrimination in all areas of the arts including film, pop culture and fine art. Reported by Truth-out.org, their survey of the most influential galleries and museums showed women were vastly underrepresented. At MoMA, only 13 of the 169 artist on display were women, and, “Even worse, the modern art section of New York’s Metropolitan Museum was 97 percent male; on the flip side, 83 percent of the nudes were – you guessed it – girls and women.” This survey was done 27 years ago, but the 2012 study found that less than 4% of artists in the modern art section were women, but 75% of the nudes were women.

In 2014, Guerrilla Girls revamped their poster showing that bus companies have more equal gender distribution than art galleries. The edit showed New York was not the only city of art galleries discriminating; Paris is too. According to the group’s website, “Right now there is decent representation of women and artists of color at the beginning and emerging levels of the art world. At the institutional level however – in museums, major collections and auctions sales – things are still pretty dismal for all but white guys.”

Other groups like the Guerilla Girls have arisen. One group posted a report card— as a follow up to the Guerrilla Girls 1986 report card on women featured in art galleries— showing the percentages of women artists represented in galleries in 2015. Timeout New York’s article on the findings said, “According to Pussy Galore (whose membership, like Guerilla Girls, remains anonymous), only five out of 34 galleries selected have achieved anything like gender parity with 50 percent female artists or more; another three galleries weigh in at 40 percent. The rest ranged from 30 percent to a dubious low of 10 percent shared by three of the city’s largest galleries: Marlborough, Tony Shafrazi, and Sperone Westwater.”

Lutes by Valerie Vescovi on Zatista.com

In the 2014 Artnews article, “We Asked 20 Women “Is the Art World Biased?” Here’s What They Said,” there were mix feelings about the progress of women in the art world. Lisa Dennison, Chairman of Sotheby’s North and South America, said “The fact that we are still having this conversation is a strong indicator that women are discriminated against in the art world, as they are in many other sectors of our society.” She believes women are underrepresented, but poses the question of whether they have had the time and support to build their careers. Naomi Beckwith, Curator of the Museum of Contemporary Art in Chicago said, “Unsavory personal experiences aside, sexism, I think, is made most visible in some statistical details: Over 50 percent of art school graduates are women but far less than 50 percent of monographic exhibition subjects are women.”

I Couldn’t Save Him by Cheryl Frey on Zatista.com

Why? by Anyes Galleani

One positive step forward is the push to inform the public on important female Artists. Art+Feminism had its annual—two years running— Wikipedia Edit-a-thon at the Museum of Modern Art in New York on March, 7th. The 200 volunteers came together to make Wikipedia pages for female artists. Forty-one new entries were created at the MoMA event and 102 articles were improved. Art+Feminism has also had many events globally, attracting 1,300 participants total. A few of the artists added were: Elise Forrest Harleston, Amy Maria Sacker, Janet Payne Bowles, Lisl Steiner, and LaToya Ruby Frazier.

Unfortunately, there is little evidence of progress for women in the art industry. With the push to inform the public of the problem and get these female artist recognized at a grassroots level, women could be represented in more museums across the country, but based on statistics taken from the last thirty years, it’s going to take decades before they are anywhere near equal to men. 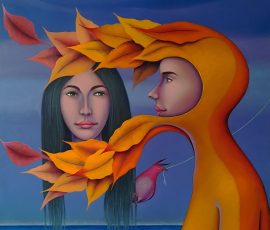 This One Is For the Ladies
Many amazing works of art have been created by women throughout history. From rock´n roll photography in Rolling Stone by Annie Leibovitz to the paintings of Georgia O'Keeffe, women have been creating incredible works of art since the beginning... 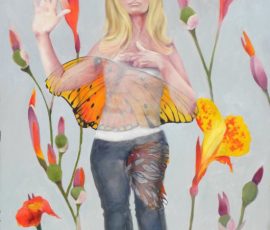 All About Women
There are countless original pieces of art worthy of celebrating that are created by women like you and me, from all around the world. According to Nine Dot Arts, 51% of visual artists are women, and that number is...