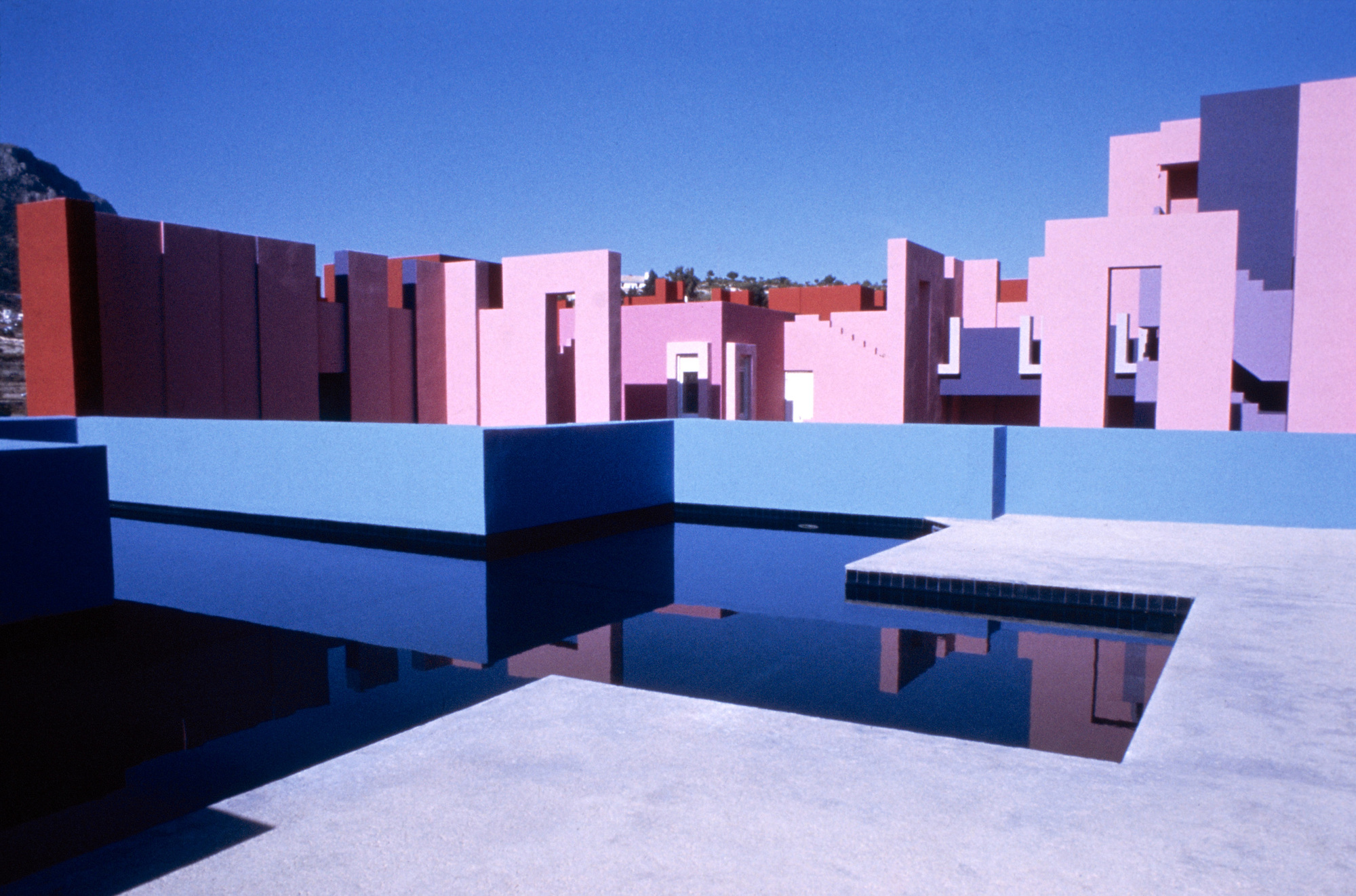 If there ever was a building that looked like art, it’s Spain’s La Muralla Roja, designed by Spanish architect Ricardo Bofill. By Ros Anderson via thechromologist.com:

We may casually refer to a space as our ‘dream home’ or a building as ‘fantastical’, yet few modern buildings so convincingly evoke the complex, impossible architecture one finds in a dream as this. Rising from the rocky cliffs of Calpe in the Alicante region of Spain, this is La Muralla Roja – literally, The Red Wall in Spanish – the work of architect Ricardo Bofill.

And though it might look at first glimpse like an impossible structure created from a fevered imagination, it in fact conforms to and explores many ideas of classic Arab/Mediterranean architecture. And contrary to what one might assume, rather than a Xanadu built for one person, the building is in fact a complex of 50 apartments, built in 1973.

The structure is heavily influenced by the North African tradition of the casbah, a fort with high walls and few windows. Following circulation patterns typical of these structures, the design also challenges ideas of private and public space, with glimpses of sea, terraces and stairs surprising – and perhaps confusing – at every turn. The layout has been based on the geometry of the Greek cross, but it has also been pointed out that the formal structure and colour-coding of spaces employed owes much to Constructivism. While the vertical walls are stunning shades of pink and red, the stairs and circulation spaces are jewel-like blues and indigoes. 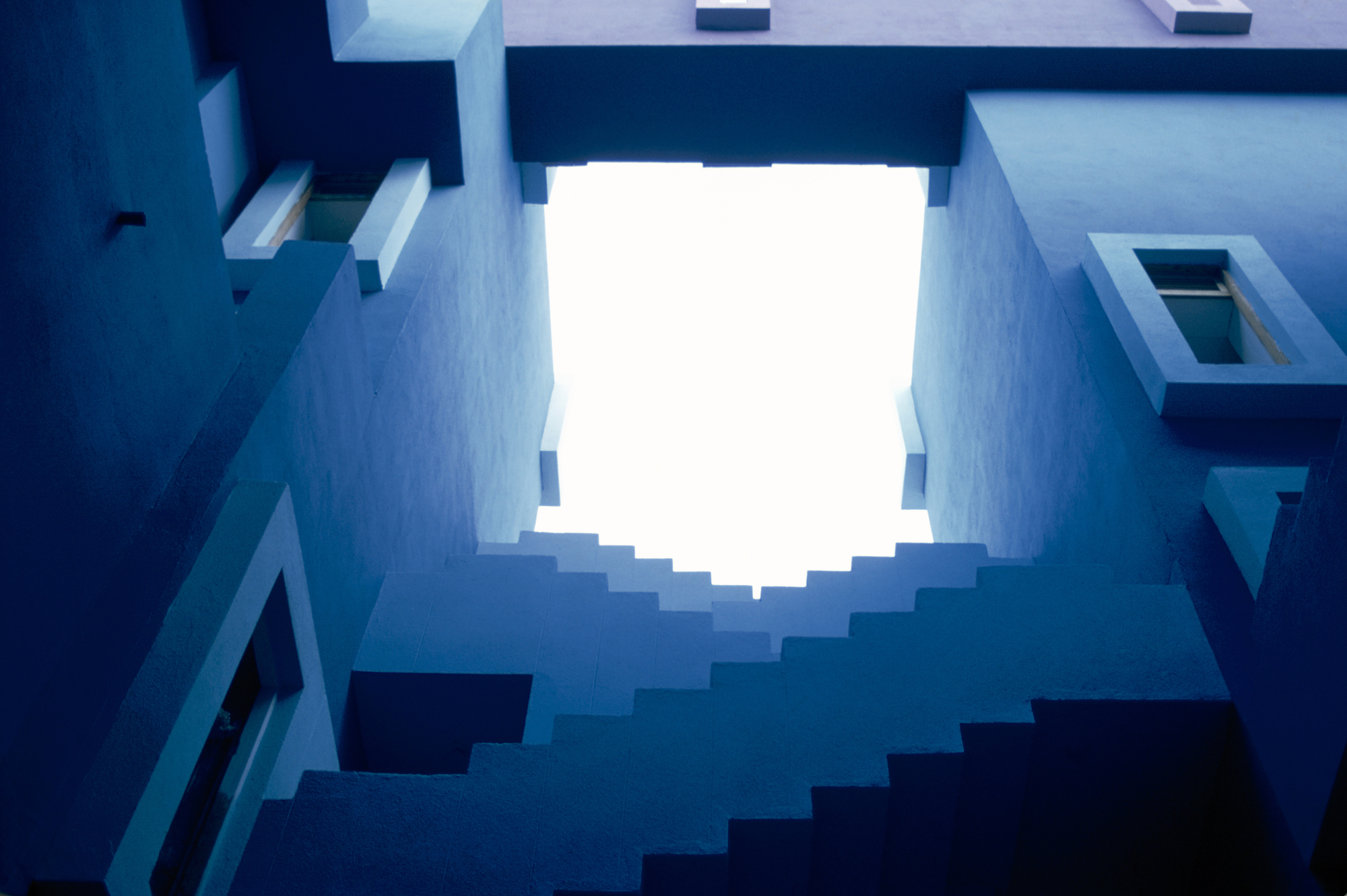 Ricardo Bofill states, “The outside surfaces are painted in various tones of red, to accentuate the contrast with the landscape; patios an stairs, however, area treated with blue tones, such as sky-blue, indigo, violet, to produce a stronger or weaker contrast with the sky or, on the contrary, an optical effect of blending in with it. The intensity of the colours is also related to the light and shows how the combination of these elements can help create a greater illusion of space.”